For years the American dairy industry has been in trouble. Low milk prices mean that most have lost money. As a result, many generational farms are giving up and selling. Meanwhile, in countries such as Italy, farmers no longer expect to survive on milk sales alone. They instead sell the electricity and soil amendment provided by an anaerobic digester.

American states often do not provide the incentives farmers require to develop a digester. Vermont is different. America’s most progressive state has adopted the European model of paying a high “Feed In Tariff” of as much as 19.9 cents per kW for renewable electricity. 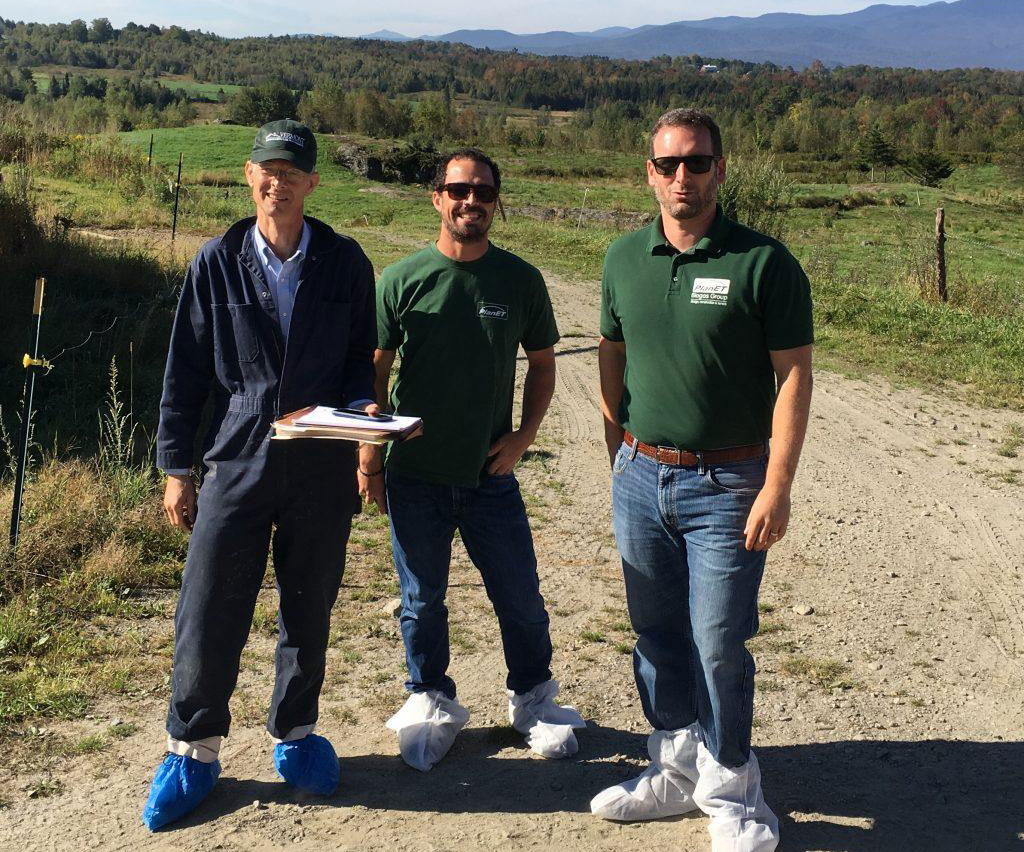 Our friends from PlanET Biogas prioritized assisting Vermont’s digester community which is geographically remote. Pictured here near Stowe with Alex DePillis (left) of the Vermont Agency of Agriculture, Food & Markets.

Muir represented PlanET Biogas at the Vermont Nutrient Recovery and Digester Summit. He also spoke on a panel of our competitors emphasizing the “farmer owned and operated” model as well as partnering with a developer. Using the farmer owned model Agricultural Digesters later signed agreements with two northern Vermont farms.

There is more to life than company profits. In Vermont, digester sales increase the bottom line of technology providers and developers but they also stabilize American farming. Environmental benefits include the reduction of methane and carbon dioxide that cause global warming. 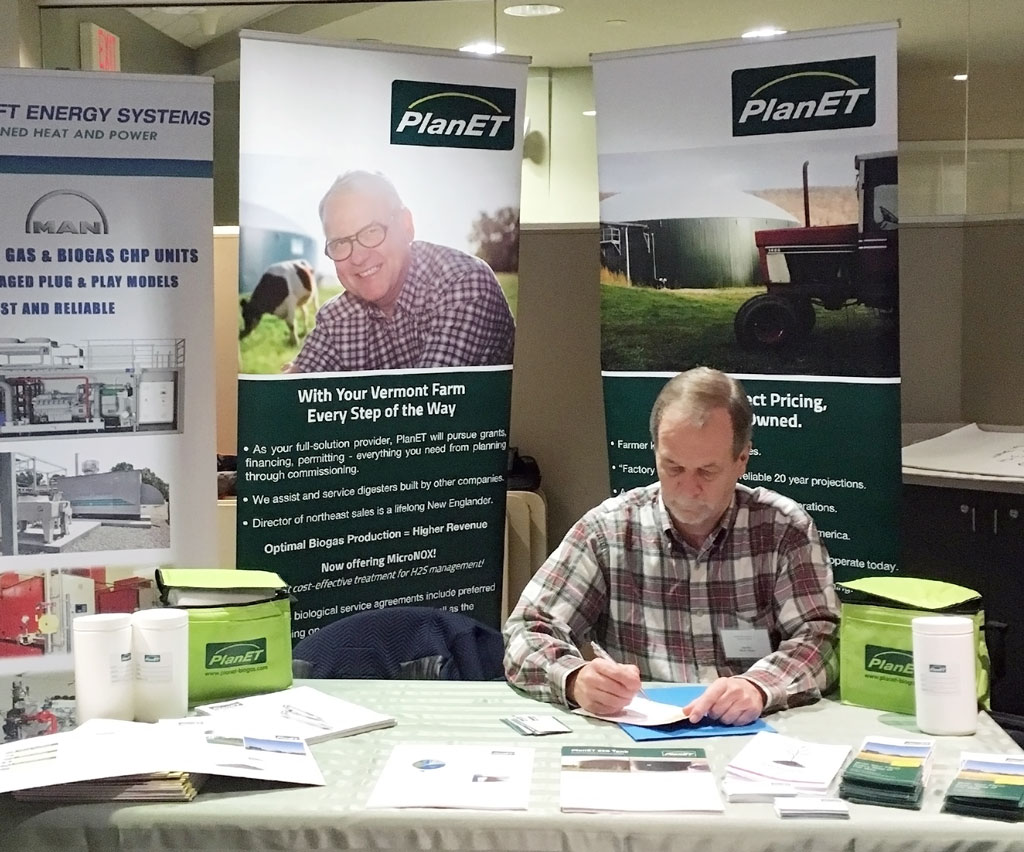