Farmers are among the world’s hardest workers – and many are under financial pressure. There is also no question there is a proven, yet little utilized revenue source available to them – biogas.  (Photo above, Jim Muir with Congressman Joe Courtney in agricultural region of Connecticut.)

Manure and organic waste exist worldwide, yet only Europe widely converts it into energy, animal bedding, organic compost, heat etc. Why is that?

To our mind it is partly a lack of information and hands-on support – and that is what Agricultural Digesters was created to provide. Since the success of any digester depends on a farm’s future existence, our company prioritizes the financial benefit to each client. Our business models are “farmer owned” and “partnership” so that farmers receive enough financial value to pay both bills and workers in the future.

Mike Curtis, PhD lecturing on environmental ethics to engineering grad students at the University of Connecticut. Mike helped develop Connecticut’s only food waste digester and is researching ways to provide farms with more income for their excess digested solids.

Coordinated by Jim Muir, our team consists of independent professionals specializing in grant acquisition, finance, engineering, nutrient management and environmental financial benefits who consult on an “as needed” basis to control project costs.

After many years of international work, Jim took America’s oldest biogas technology providers, RCM Digesters, which had sold fewer than 100 digesters, as a client. He then promoted RCM systems globally before shifting his focus to the Northeast, USA.  Jim sold four in 2016/2017. Two in Massachusetts have been launched. Two more are under development and will soon be the first modern farm digesters in Connecticut.

In 2017 RCM was absorbed by another company and Muir took as a client PlanET Biogas, a major international technology provider based in Germany with North American offices in the Toronto/Buffalo area. They had built over 550 systems worldwide. This was a comfortable fit since Jim’s company, Muir Marketing Solutions, had helped foreign manufacturers expand in America for decades. For PlanET he focused on sales in the Northeast, USA.

Dr. Curtis was previously Director of Project Development at Quantum Biopower, a CT merchant Anaerobic Digester company.  There he created and pursued several large digester development projects in the dairy industry and acquired great expertise in ‘Organic Soils’ creation and leads a team recently awarded a $500,000 grant from the Vermont Phosphorus Innovation Challenge.

His background includes five years with the Connecticut DEP Bureau of Water Management’s Planning Section followed by two years at the University of Connecticut Civil Engineering Department.  He is a lecturer in Entrepreneurship at Trinity College.  When not there, his work touches nearly all aspects of the biogas field, ranging from process efforts to optimizing energy, solids offtake and the sale of these materials to the benefit of digester owners.

Lisa handles grant applications for Agricultural Digesters LLC and our farm clients. Along with energy and intelligence she brings a background in anaerobic digesting as it is utilized both in the agricultural and waste water treatment.

Like most of the team she gains satisfaction from seeing the climate benefit our projects provide via greenhouse gas mitigation as well as water quality improvement. This along with strengthening dairies for the future, especially medium size generational farms.

At the core of most anaerobic digesters is the CHP or Combined Heat and Power generator set. If it is installed and serviced professionally it will bring maximum financial benefit to the farm over many years via the sale of green electricity and production of useful heat.

Tom is one of few Americans with extensive experience in the biogas sector. He customizes German generators to produce maximum kW yield. CHP maintenance is a critical component of farm digesters and Tom provides his clients parts and service on a prompt and affordable basis.

Jedd has many years’ experience at northeast farms with digesters. His work has been centered in Lancaster County, Pennsylvania which contains one of America’s few digester clusters. He is a graduate of Penn State University with a BS in Soil Science who earlier in his career worked for USDA/NRCS. Jedd is a nationally certified soil scientist, nutrient and odor management specialist, conservation planner and TSP in multiple states.

He has published research with Penn State about the properties of digestate and prepared customized reports for Agricultural Digesters LLC.

Additional Support
Along with the colleagues mentioned above, Agricultural Digesters LLC provides support to its clients in the areas of permitting, utility interconnection, system operation and construction/assembly. 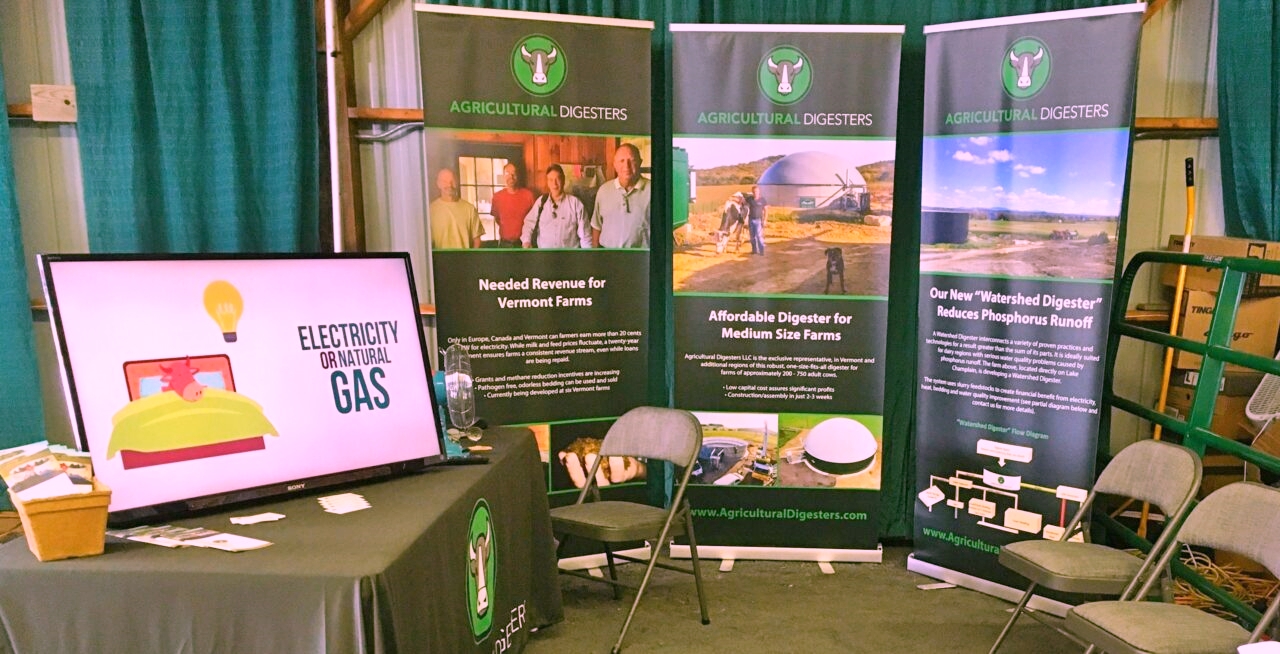 Marketing and outreach are key to the expansion of biogas in the USA. Pictured above is our promotional booth at a county fair.

While not every farmer we meet purchases a digester, all consider it.

Why not call today?

John Muir, famous Scottish/American (1838-1914) devoted his life’s work to preserving the natural environment. He was the “Father of America’s National Parks”, founder of the Sierra Club and advisor to President Theodore Roosevelt.

Though probably not related, we are also proud to work toward environmental preservation by improving water quality as well as removing a leading cause of global warming from the atmosphere – methane. 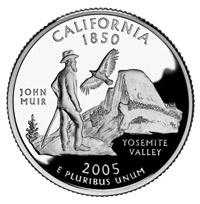